2018 was a wonderful year for Technology. Like every year, we saw the launch of many promising pieces of technology and many advancements were made in the software side of things as well. In the world of apps and games, we saw a popular game like Fortnite launch on mobile platforms, we saw various games focussing on infotainment and we also witnessed some great indie titles on both Android and iOS. Even if you’re a casual gamer or play mobile games religiously, the list incorporates games that almost everyone will enjoy. Here is our list of games that we casually and religiously played during 2018. Here’s our list-

You should’ve seen that coming. PUBG Mobile was a massive hit for its developers Tencent Games and PUBG Corporation. The game is a toned down version of its original PC version which was at first a Stream exclusive. PUBG is a battle royale game which spaws 100 players on an island and players fight it out to be last man standing and be victorious and worthy of the chicken dinner. The game instantly became a worldwide phenomenon and every single person that I know was hooked. Over time, the game has evolved and many more game modes and maps have been added which make it one of the best action-packed game on iOS and Android. The impact of this game was so astonishing that various brands partnered with the game’s developers to organize esports tournaments of PUBG Mobile and also to promote their products. PUBG Mobile set a benchmark for mobile gaming with its stunning graphics, amazing game mechanics, easy of controls and loyal gaming community. The developers also launched an official PC-emulator to run PUBG Mobile on PC. Crazy Dino Park for me is the perfect version of Jurassic Park without all chase sequences, drama, and violence. It is a toned down animated version of Jurassic Park where players need to manage and run a Dino park. Every player is supposed to manage everything from going on expeditions to search for manuscripts and bones to something as minuscule as cleaning crap that your dinos produce. Crazy Dino Park is a fun packed casual game that teaches a lot about paleontology. The game also allows users to fight dinos with other players and it also has many mini-games that keep the game fresh and fun. Ah! Burger Shop 2. I have so many childhood memories of this game that the moment I saw this on PlayStore, I downloaded it and I have been playing ever since. The game’s objective is simple: Manage a burger shop. From cooking to serving, the game has multiple stages in story mode that players are supposed to finish. It also has Expert mode, Relax mode and Challenge mode which will keep players glued for hours at stretch. Overall, the game is fun to play and has many in-game customers that keep gameplay interesting and fun. 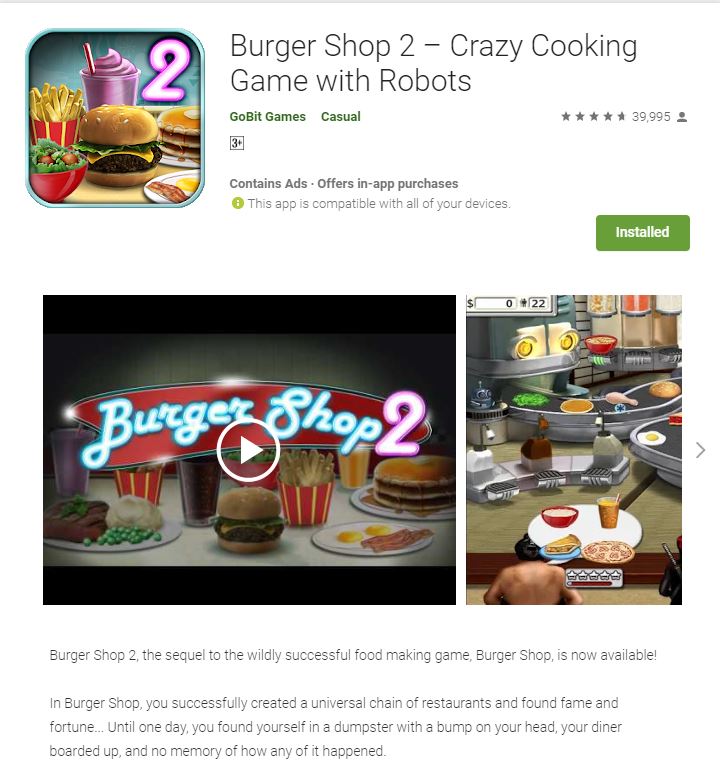 Asphalt series has always been one of the best mobile games that one can play. It is free to play and allows users to drive supercars and even concept cars in the game. The game also features some stunning racetracks that are fun to race on and look stunning. Asphalt 9 is derived from all these things but it focuses more on easier gameplay and more fun. It allows users to automate their cars steering and to focus more on drifting and ways to make racing more exciting. Asphalt 9 Legends is the perfect sequel to infamous Asphalt 8: Airborne and it does not fail to deliver to the franchise’s promise of fun mobile racing experience. 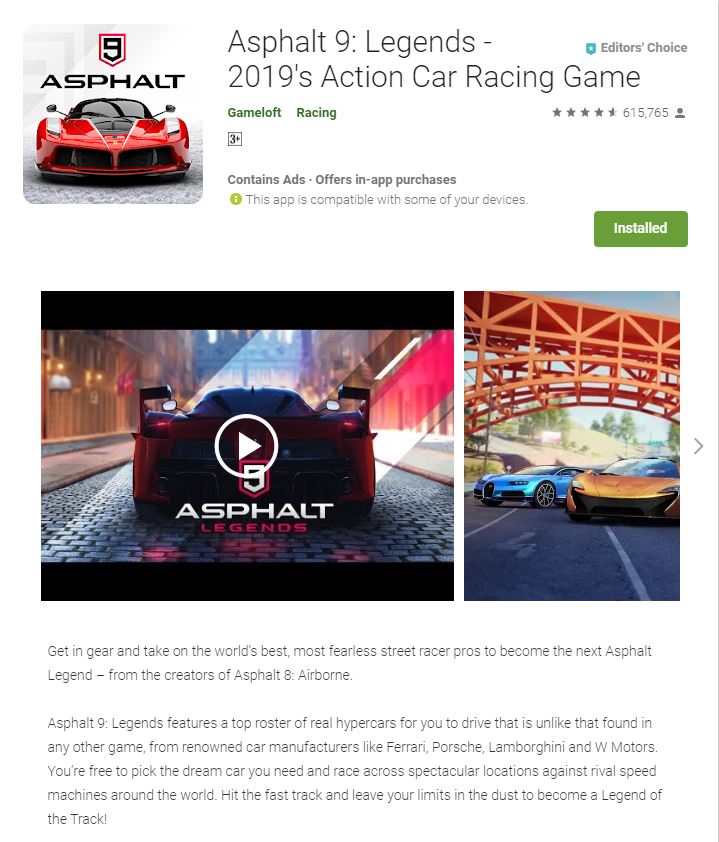 Shadowgun Legends is a  First-Person shooter which has stunning graphics, online multiplayer, co-op gameplay and good campaign story all in a pocket-friendly package. The game is a futuristic shooter which involves many, many gruesome aliens that you must terminate in order to become a legend. There is a wide array of customizations that players can unlock by beating boss battles and completing in-game tasks. Madfinger Games, the game’s developer did a tremendous job as Shadowgun Legends has a lot to offer for a mobile first-person shooter. It has the ability to be addictive for players with the game’s good quality graphics and immersive gameplay. 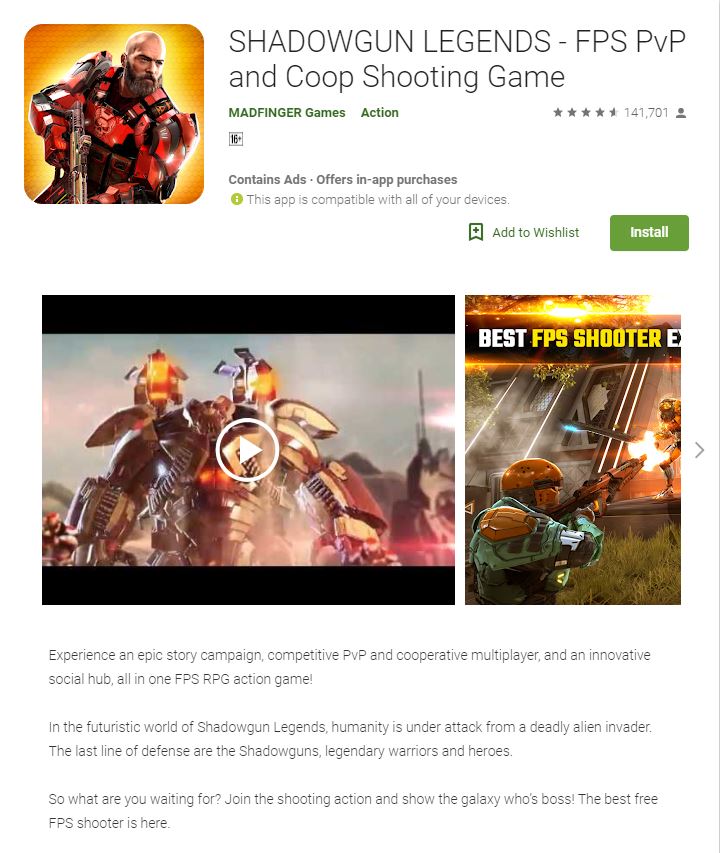 6. One Hour One Life for mobile-

It is one of the most thought-provoking games that I played this year. Players are born randomly in different time frames and families and their in-game character has one hour to live. In this one hour, players must make the most out of their character or it’ll die young which nobody wants to happen. The game focuses on survival, resource management, human skills and relationships in order to live a fuller life in 60 minutes. One hour One life also makes users realize the importance of their lives and forces them to think about the decisions that can be life-changing. 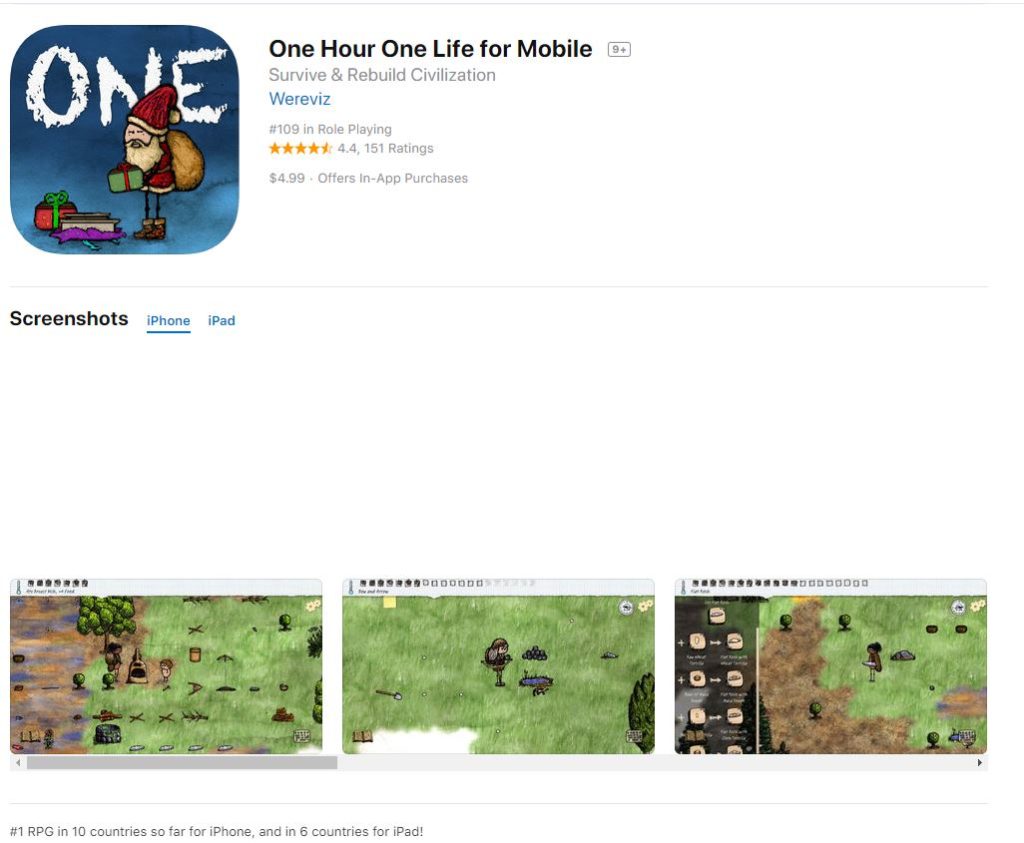 If you like HBO’s original series Game of Thrones and George RR Martin’s books with the same name, you will feel home while playing this game. At first, it would seem pretty basic with swipe controls but the game can get pretty intense as each swipe translates as a decision which can either increase your reign or decrease it. Reigns- GOT is a fun packed game that forces players to think deeply and predict as to what their next decision can change for them. It is a casual game that packs in a serious punch of storyline and subplot which can only be explored if you think twice before deciding. 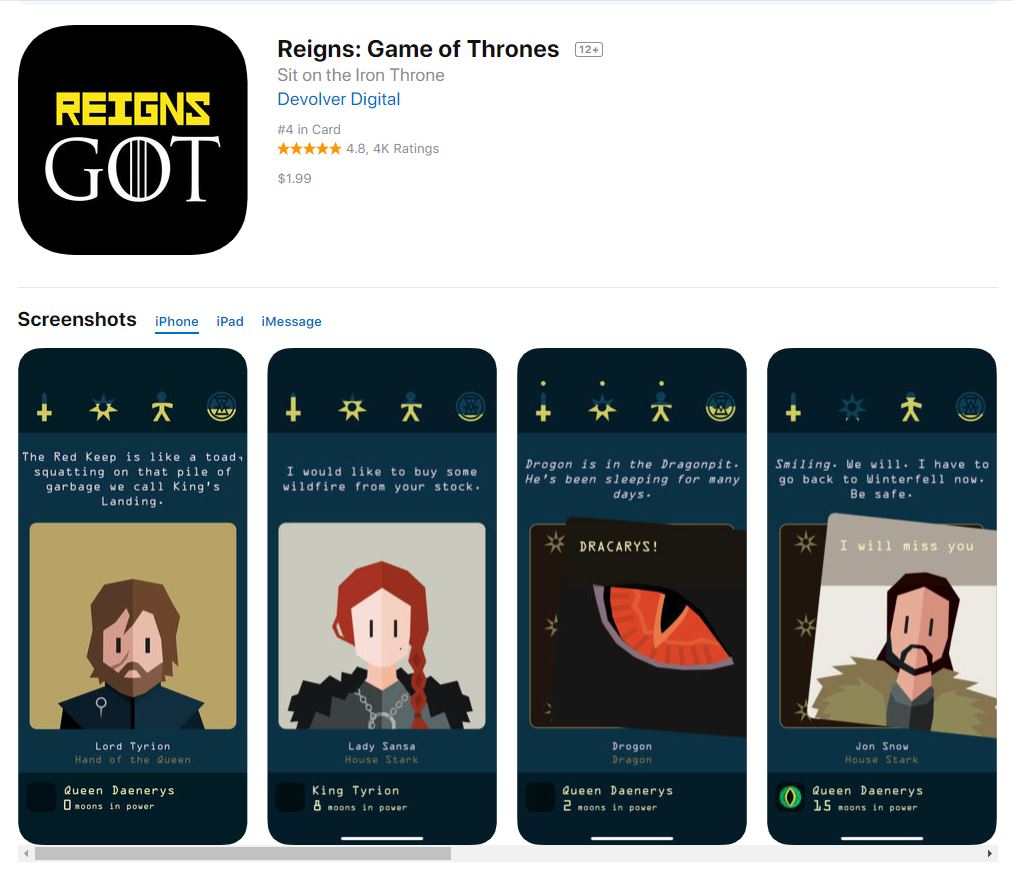 Alto’s Odyssey boasts spectacular backdrops and emotional soundtracks that go really well with the infinite sandboarding gameplay. This game has a lot of depth for a one-tap endless runner and will amaze a lot of players with its simplicity. The game is fun to play and is spectacularly immersive due to its ambient soundtrack, easy controls and countless ruins to explore. The game is free to download and can be a perfect relaxing as well as entertaining experience for all players. Assassin’s Creed is a famous game that was my personal favourite growing up. The game has evolved from being a stealthy action game to an open-world RPG game. Assassin’s Creed Rebellion is a toned down version of a classic Assassin’s Creed game but with some mobile game elements. It keeps the stealth gameplay that players can opt for and introduces character unlocks, headquarters, brotherhood, and many more things. Classic AC characters like Ezio, Aguilar, Shao Jun and others can be unlocked and recruited by players. It is a fun mobile game with cartoonish graphics but intense gameplay. It is surprisingly free to play, which has a lot to offer. How can we feature PUBG Mobile and not talk about Fortnite? Fortnite is ‘the game’ that broke the internet when Twitch streamer ‘Ninja’ played a game of Fortnite with infamous rapper Drake. Fortnite is a battle royale game just like PUBG Mobile but it is unique in all its glory. Unlike PUBG Mobile which has more realistic graphics and gameplay, Fortnite has cartoon graphics along with funny emotes and skins. It also gives players the ability to build which makes the game a lot more fun and competitive. The mobile version of Fortnite is fun just like its PC and console version. It is highly addictive and fun when you get the hang of it.

So, this was our list of best games of 2018. This is my personal favourites that I love to play in my free time. What mobile game did you like the most in 2018? Do let us know in the comments down below and if you have any suggestion drop them in the comments as well.