Did I mention this already that there are millions of apps on both Google Play Store and App Store! While researching about my last article ‘Useful Apps that you must try’ I came across many more such apps that are worth trying out. Just like last time, some of these apps are unique enough to be tried and some of them are basic apps which we all use but they have some unique features that might force you to switch. Here’s the list of more unique apps that you must try as they will mix things up for you and make your smartphone experience better.

Privy is a social media app that can be controlled by the user. It is less social and more private as the primary user can control his/her circle and only allowed users can access his/her shared network. The app is simple, the user needs to add a folder, set the main image and then the user can share this folder privately with people who he/she wants to share it with. Users can share Privy folders by creating a link or by creating a QR code and by using many other ways. Privy can be useful when a specific user has to share family photos from a particular trip or just walk down memory lane by sharing childhood photos of family members. The app can also be used when a user has to share photos privately with his/her guests or friends who attended their event which could be a marriage or birthday or something else. The app works the way it should and serves as a great platform to share private images with friends and family. 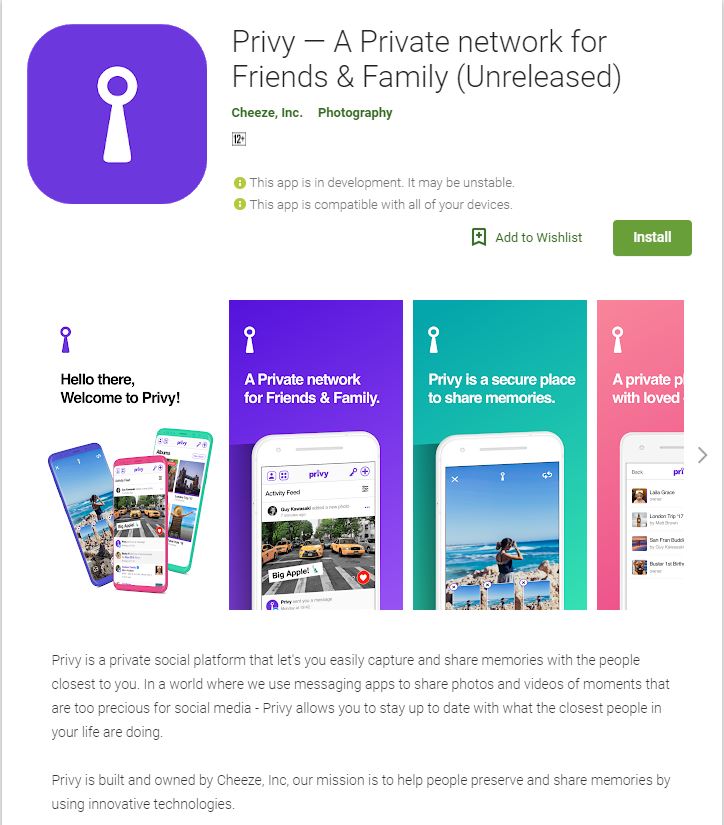 With stress becoming more common than common sense, most people nowadays find going to sleep a difficult task. Go To Sleep is an app that’s tailor-made for people who have difficulties while falling asleep and also insomniacs (in most cases). Go To sleep is an ad-free problem-solving app that helps users get enough sleep. It allows users to set time at which they fall asleep or the time at which they want to fall asleep and the app sets a reminder to remind a user to sleep. It also persistently reminds them to sleep until users turn off their phone screen and actually sleep. The app can be a great tool for users who live a busy life but don’t want to compromise on good quality sleep. 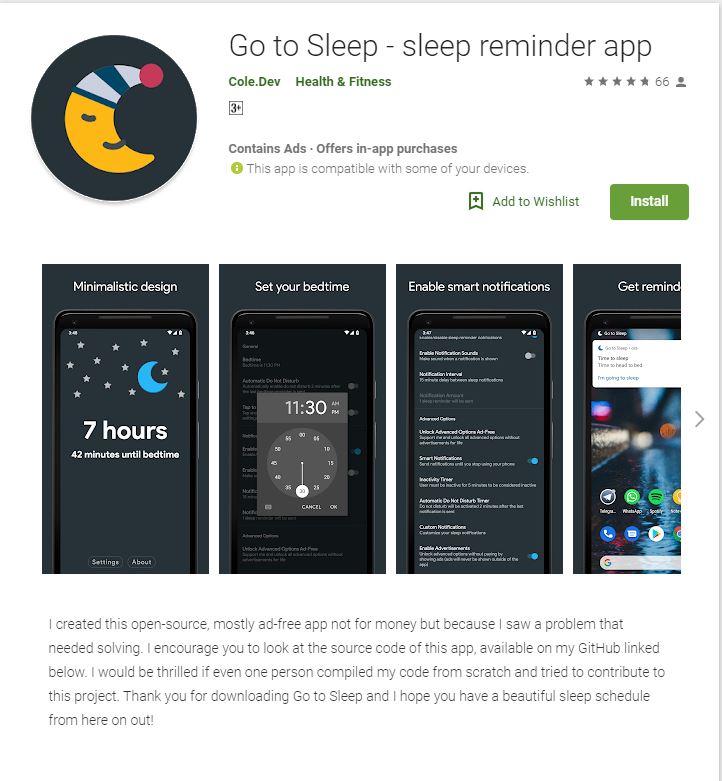 X VPN is not any other VPN app. It is easy to use and provides best-in-class customer support. It works like every other VPN service where it creates a secure virtual private network and allows users to access the internet without worrying about viruses, malware, data theft, and other online spams and scams. X-VPN also has an integrated secure browser which ensures the same level of safety and allows all the bells and whistles of a good web browser. The app allows users to set custom protocols for VPNs and users can toggle fastest VPN server to get the best data speeds while browsing. Overall, it is a great VPN service which is free for the first 7 days and after the trial period is worth every single penny that the developer demands. If you own an Android flagship smartphone, chances are that your device has a beautiful AMOLED or OLED display. You know what looks great on these displays? Deep Blacks and Starless: AMOLED is, in my opinion, the best wallpaper app for Android users who have an AMOLED or OLED display on their smartphones. The app has all dark wallpapers with a punch of vibrant colors. It has some extra features in its premium version but even without those features, this wallpaper app is a must-have. Overall, it is a great app which has some of the best dark themed wallpapers and you should try this app to mix things up a little on your android smartphone. 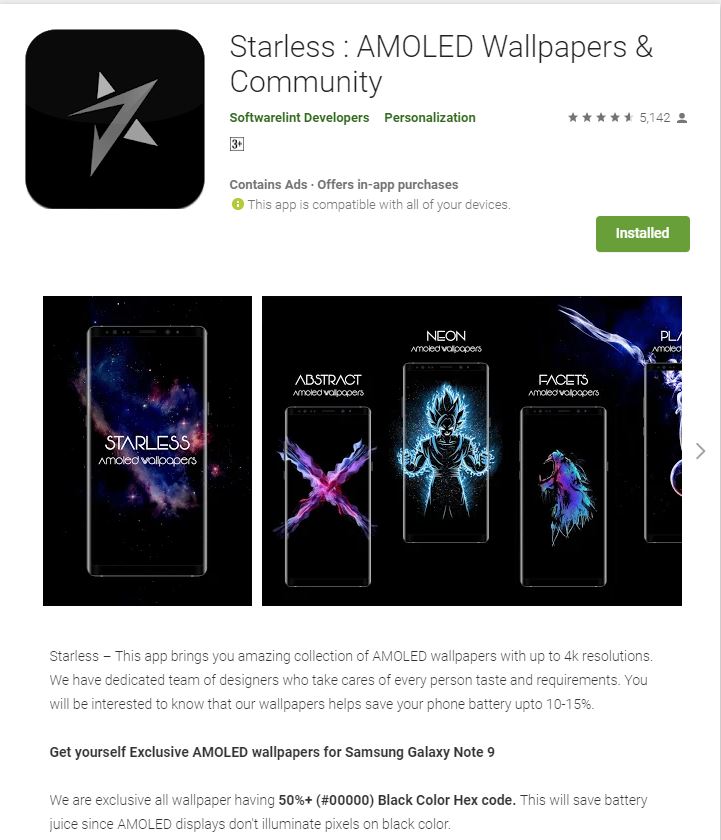 It’s a notes app that shows users’ notes in their notifications panel. Yes, that’s it. Nothing fancy but take my word for it, is useful. As simple as it is, the app can come in really handy if you often tend to forget things. The app is easy to use and minimal. It does not have many bells and whistles and does a great job of reminding people. The app works on a simple psyche that most people pull down their notifications innumerable times during their day. This app is a great tool if you’re a forgetful person and want to work on this bad trait. Do you still plan things using an actual planner? Please switch to Any.Do as it is better than it’s competition. It is easy to use and focuses more on simplicity. The app is customizable and users can add daily tasks and can easily switch between these tasks and also customize them to their liking. Any.Do is one such app which if used to its full potential, can turn you into a productive workhorse and can help you reach your goals quickly and easily. 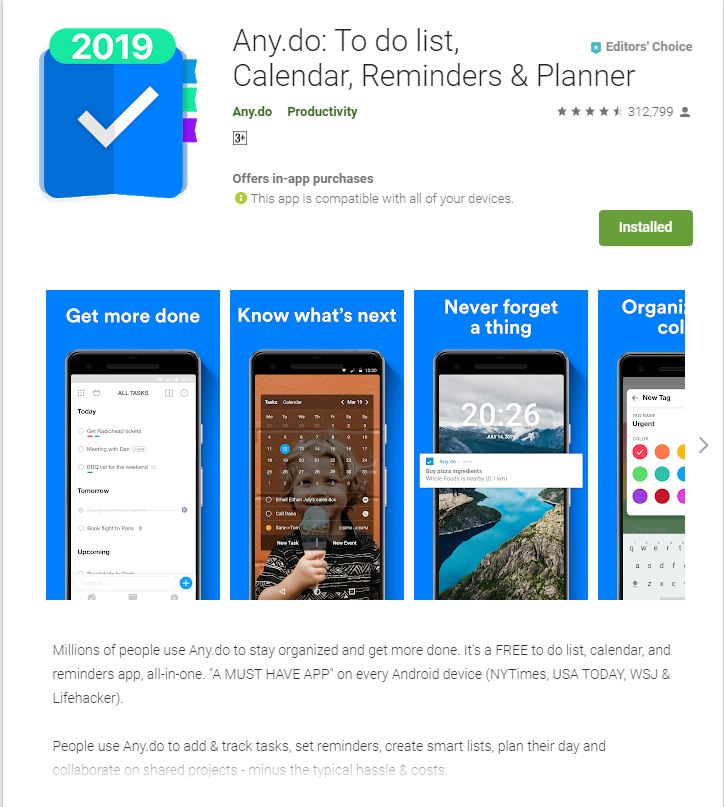 This music playing app is a new kid in town but it packs enough punch to give the big players some run for their premium cost. The app allows users to listen, download and read lyrics of top latest and classic hits. The app updates on a daily basis and users can listen to the most popular songs in their country and also worldwide. The music player interface is also minimalistic and users can get the most out of this app for free. 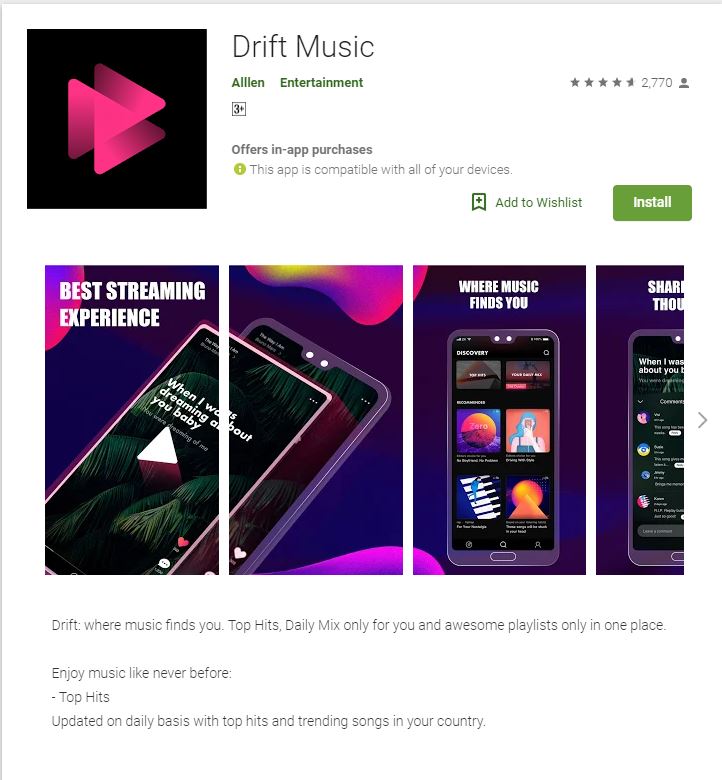 Fitness Pal is a simple calorie counter and exercise tracker which works like a calorie coach. It aims to help users lose weight the classic way—expending more calories than you consume. The app works flawlessly due to its smart design and an extensive catalog of foods, which it uses when users log in the food that they consumed. The app also promotes naps and pleads users to take nap in case it comes out really hard on its users. The app also has an in-built barcode scanner which makes it easier for users to log in that post-workout snack. This fitness app works seamlessly with other such apps, like Google Fit and ensures that users’ data doesn’t get stuck in just one place. 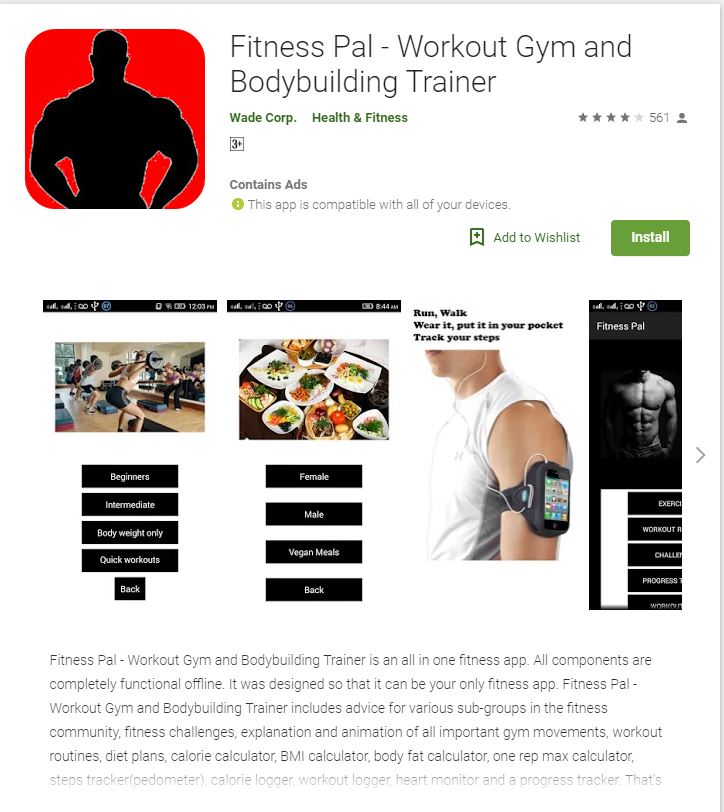 Slack has had a good run in the corporate world for a while now. On its launch, it was called a ‘hot mess’ and surprisingly in some time, Slack gained reputation and is now an essential tool in every workspace. It’s easy to get started with Slack due to it’s familiar, instant messenger feel. But the service gained reputation due to its arsenal of advanced features, like customizable alerts and a Do Not Disturb function which lured corporates as bees get lured by flowers. Users also get an option to host VoIP calls through Slack with their coworkers. Slack is a freemium app which means that the basic app is free but for a monthly fee, users can unlock the arsenal of advanced features that Slack is famous for. 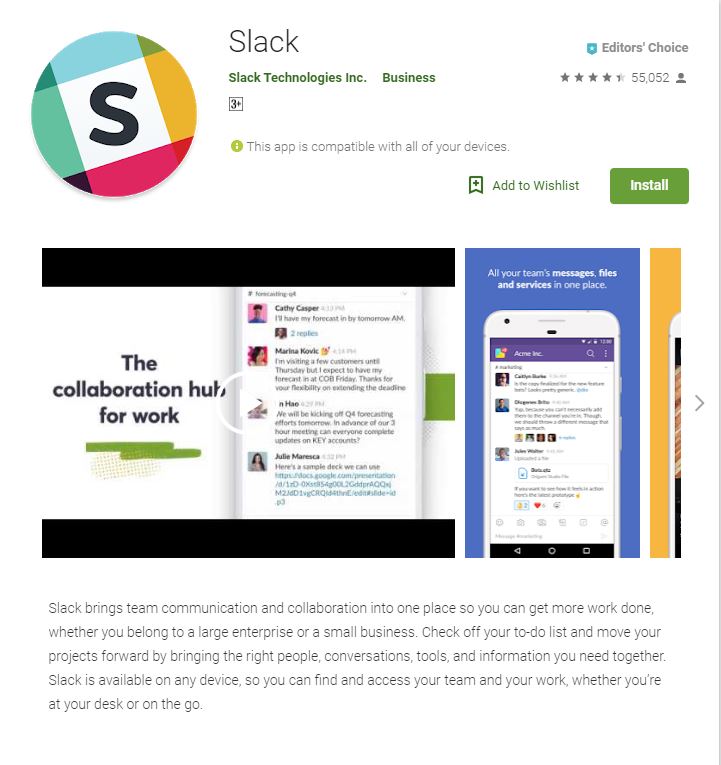 If you want to step-up your Instagram feed, look no further. Snapseed is a mobile photo-editing app developed by Google. The app comes with a lot of features which puts the competition to shame. Snapseed is my go-to app for editing my photos dues to its versatility and simplicity. Unlike other photo-editing apps, it is not intimidating and allows users full manual and creative control over their images. Overall, it is a great app to edit your photos and can be used as a great tool if you want to build a brand on social media apps like Instagram. 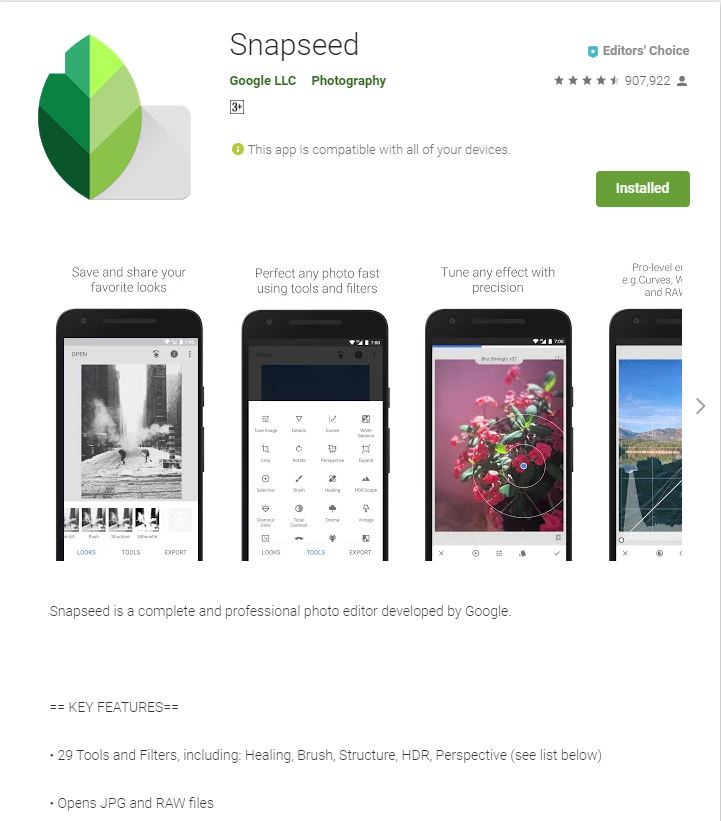 So, this was our list of more unique apps that you must try to mix things up a little on your android and ios smartphone. If you have any suggestions or recommendations for us, drop us a comment down below.