In our last article, we mentioned the potential that Chrome Extensions can have in an individual’s workflow. Continuing the series of 3 articles which will focus on useful, unique and somewhat essential Chrome extensions, here is a list of 10 more Chrome extensions that you can add to your Google Chrome browser in order to get the most out of it. Here’s the list-

LastPass is an online password manager and Form Filler designed to reduce the hassle of managing multiple user accounts and passwords. The service is aimed at making users’ browsing experience easier and more secure. It also includes the ability to import and export passwords from major password storage services such as RoboForm, 1Password and KeePass, as well as Chrome, Firefox and IE’s built-in password managers. The best feature of this service is its cross-platform support and device syncing across users’ tablet computers, desktops, and mobile devices. Both LastPass app and LastPass Chrome extension allow users to seamlessly manage their multiple online accounts and passwords. The service is heavily encrypted and secured which makes it more acceptable and less worrisome for users. 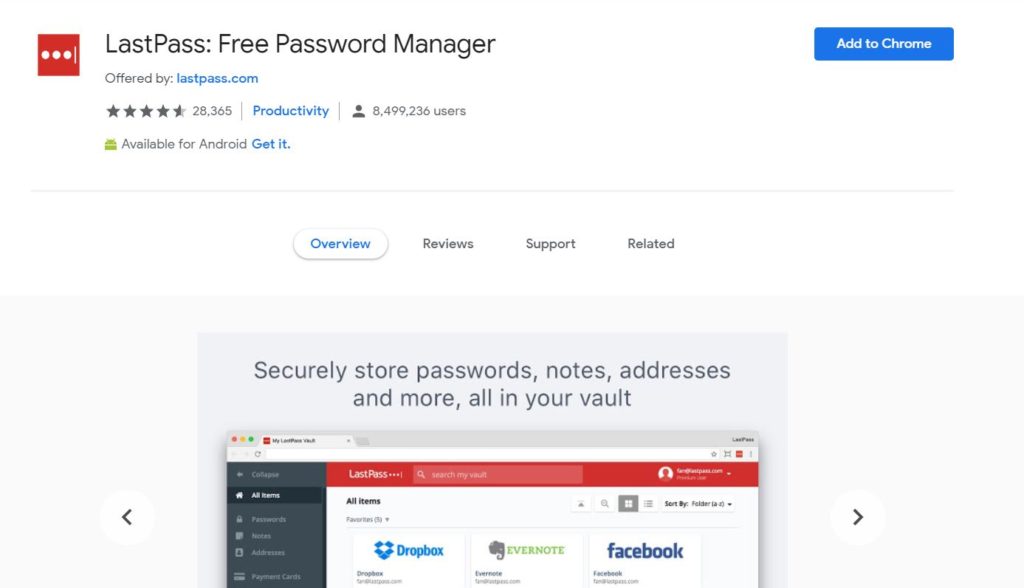 Session Buddy is a chrome extension which focuses simple management of your open tabs in the form of sessions. It allows users to quickly relaunch their previous saved sessions or to restore their last open tabs in case of a crash. This extension not only chronologically sorts session display, but in addition, it allows users to rename previous sessions and to sort tabs into convenient groups for easy navigation. This extension also incorporates a search feature which allows users to find what they’re looking for in open or saved tabs, and they can also export some of the features. 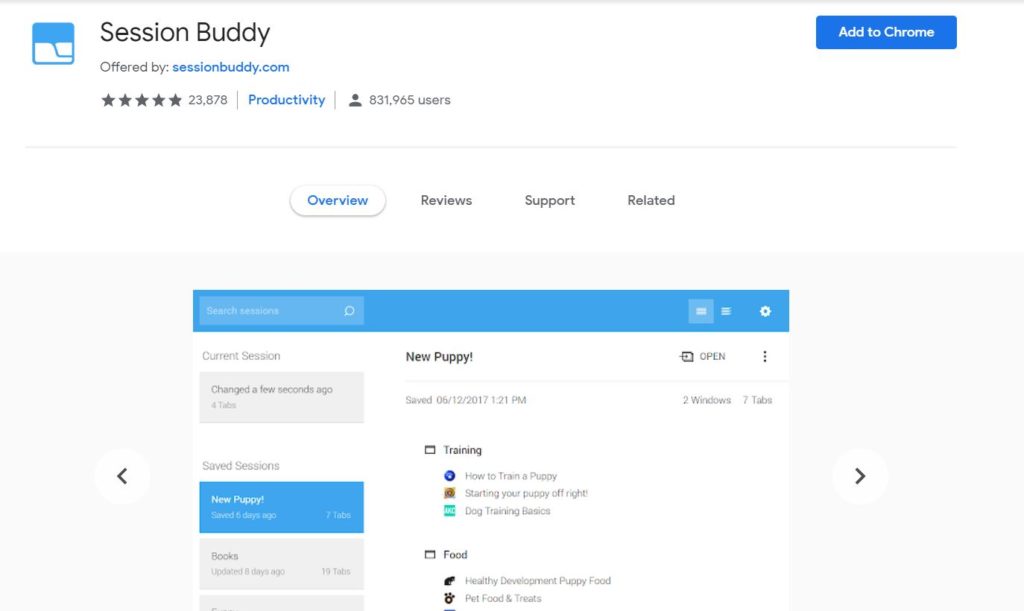 HabitLab challenges its users to optimize their online browsing habits rather than optimizing Google Chrome. It is an open source project by Stanford HCI and it deploys a series of interface restrictions in users’ browsing in order to help them waste less time on Facebook, Youtube, and other potential productivity obstacles. The extension works like any other well-being app but has some tricks up its sleeve. It shows users time data of websites on which they have spent the most time on. The extension also prompts users when they are about to watch a long Youtube video or read a long-tail article and in many more such time-wasting situations. Users also get an option to set daily goals for maximum time spent on a site before interventions begin, as well as monitor the time spent and saved. 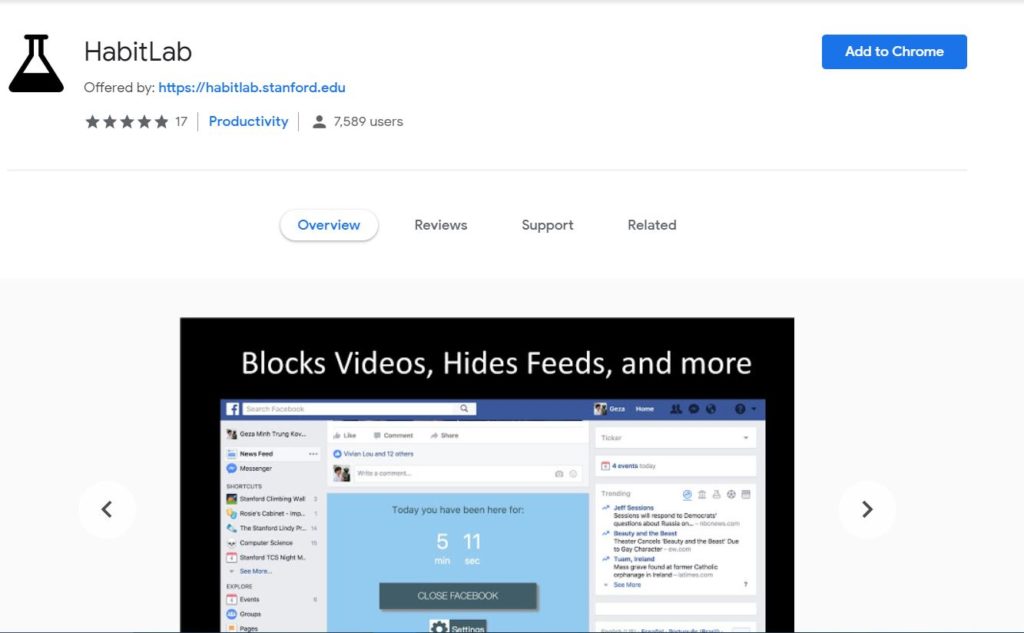 The Better History extension upgrades the built-in functionality of Chrome’s History tab by replacing the traditional vertical timeline with a horizontal calendar which allows users to jump easily to specific dates and even hours. This extension expands the capability of Chrome’s native history tab and gives users more control over their web history. Augmented search features allow users to search within the website and also wide across their old web history. 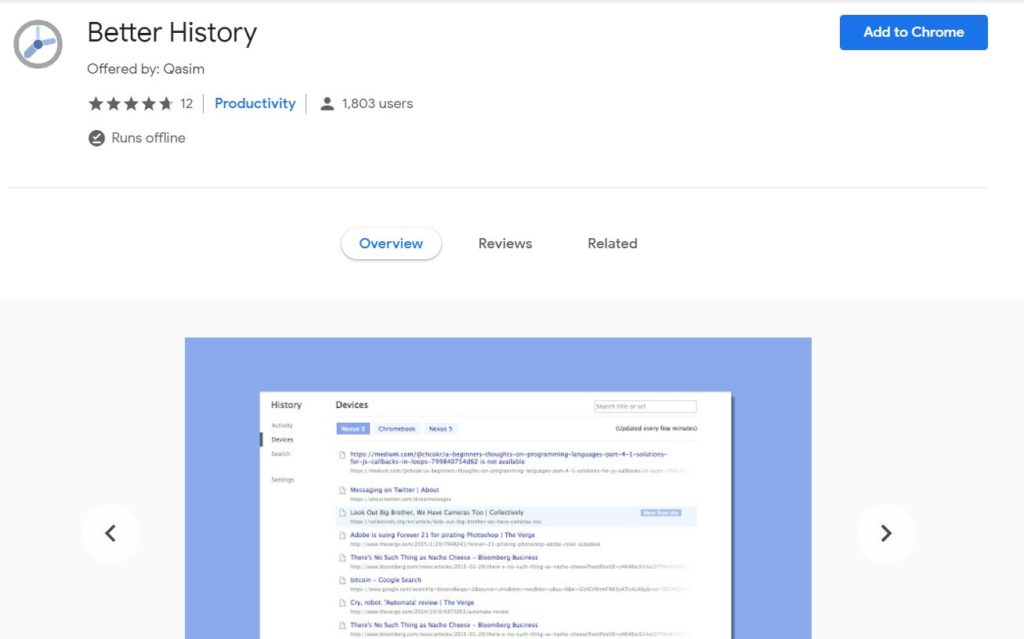 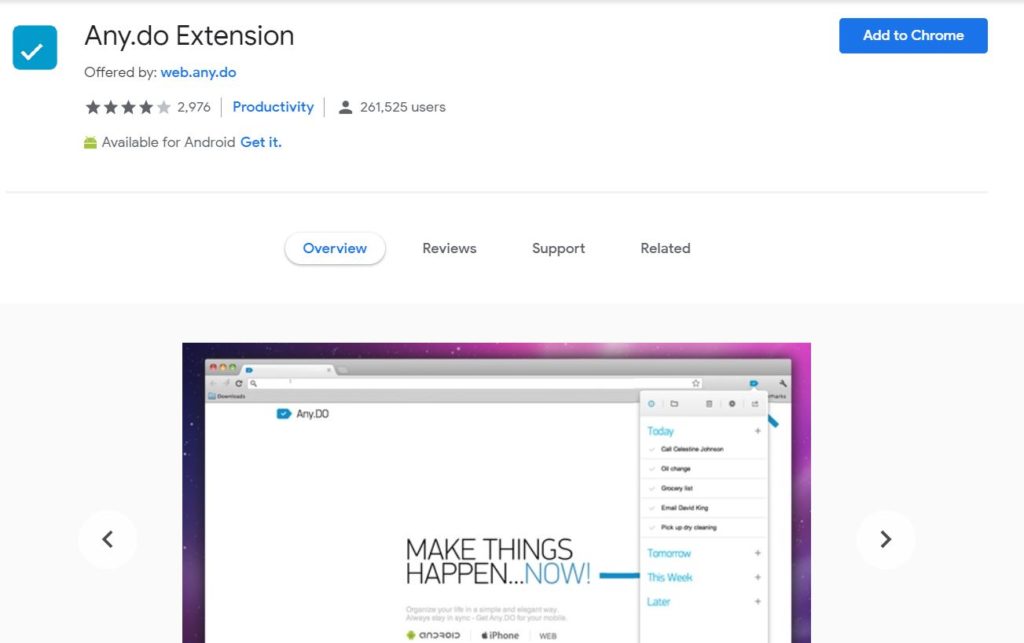 OneTab, as the name suggests, is an extension that quickly compresses all of the users’ open tabs into a single tab page with links to all of the websites that were open across multiple tabs. It then allows users to restore tabs one at a time or all at once. Users can also easily export their tabs into a list of URLs or a web page for easy sharing through email or other messaging services. 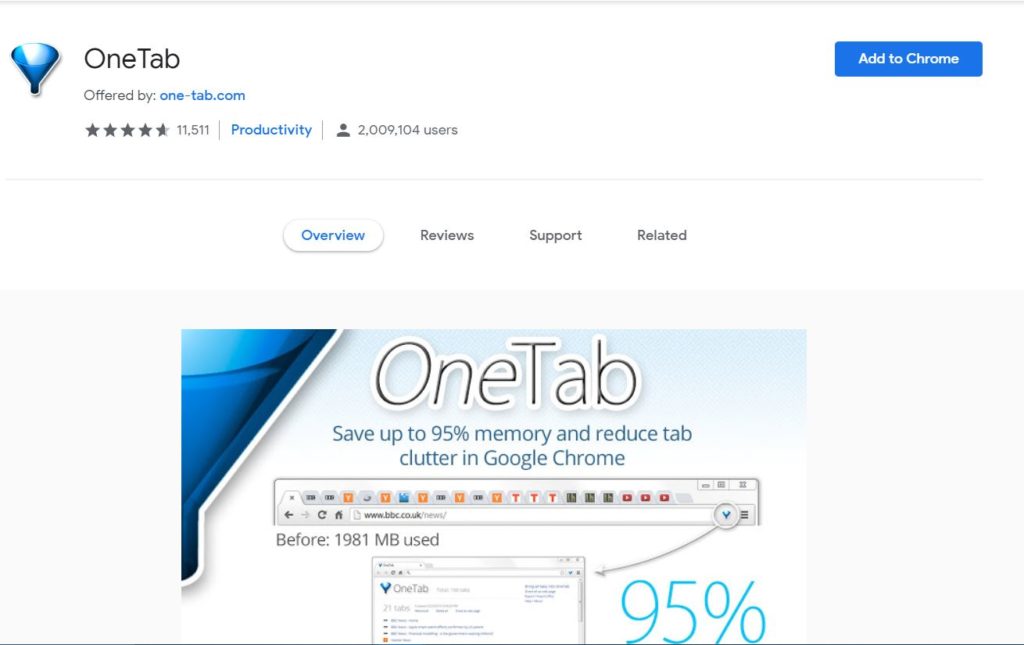 Evernote is one of the most popular note-taking tools available. We have also recommended this app in a lot of our articles and its Chrome extension called Evernote Web Clipper deserves the same reputation. It allows users to quickly and easily save Web content from their Chrome browser straight into their Evernote notebooks. Users can clip full articles or web pages, or save more optimized, distraction-free versions of blogs, websites, videos and so on. It also has some tricks up its sleeve like, ability to take screenshots, save a webpage as PDF, and markup content, images, and many more such useful features. 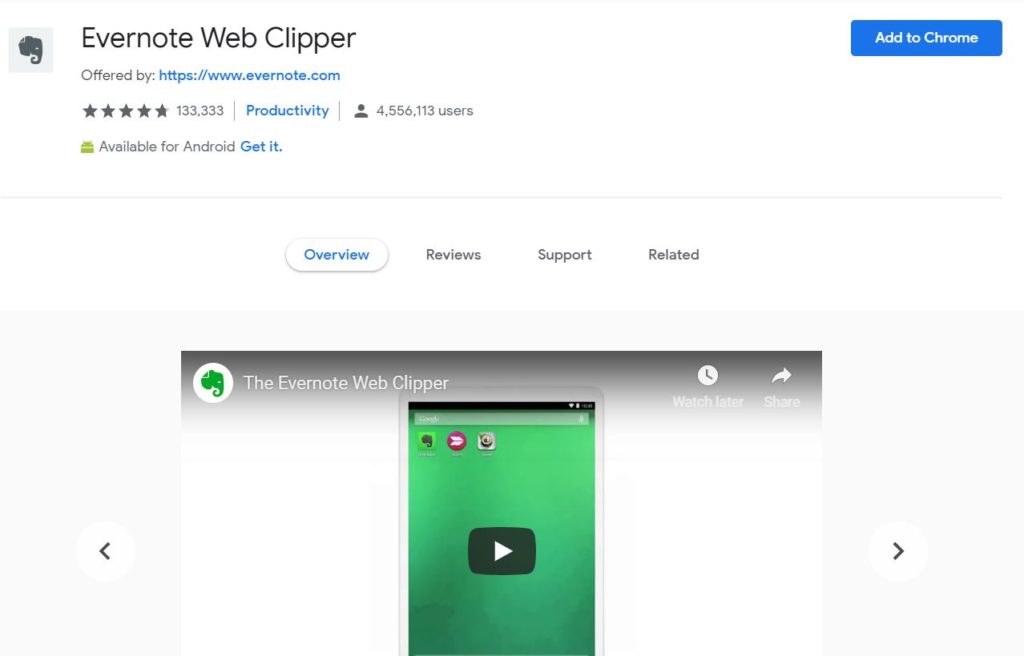 Google Translate already has a reputation for seamlessly translating snippets of text to and from languages. Its Chrome extension also deserves the praise as it allows users to translate entire pages with a toggle button. The extension automatically detects and translates a foreign language if users access a website which uses a language other than their Chrome default. The extension can also do some basic tasks like easily translate snippets of text, as well as speak and teach the proper pronunciation of translated words and phrases to its users. 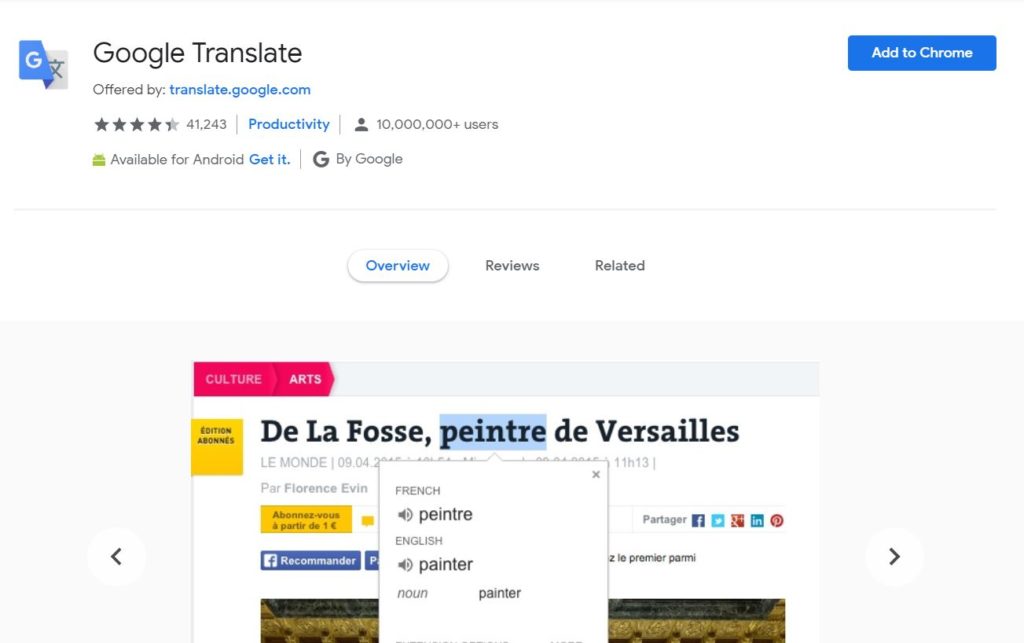 Pocket, a service developed by Mozilla Corporation, allows users to save articles, web pages, images and videos for their reading or viewing pleasure at a time when they are free. The service allows users to sync everything across numerous devices, such as their smartphone or tablet. The Chrome app works similar to the mobile version and allows users to seamlessly sync their pocket account of their mobile device. 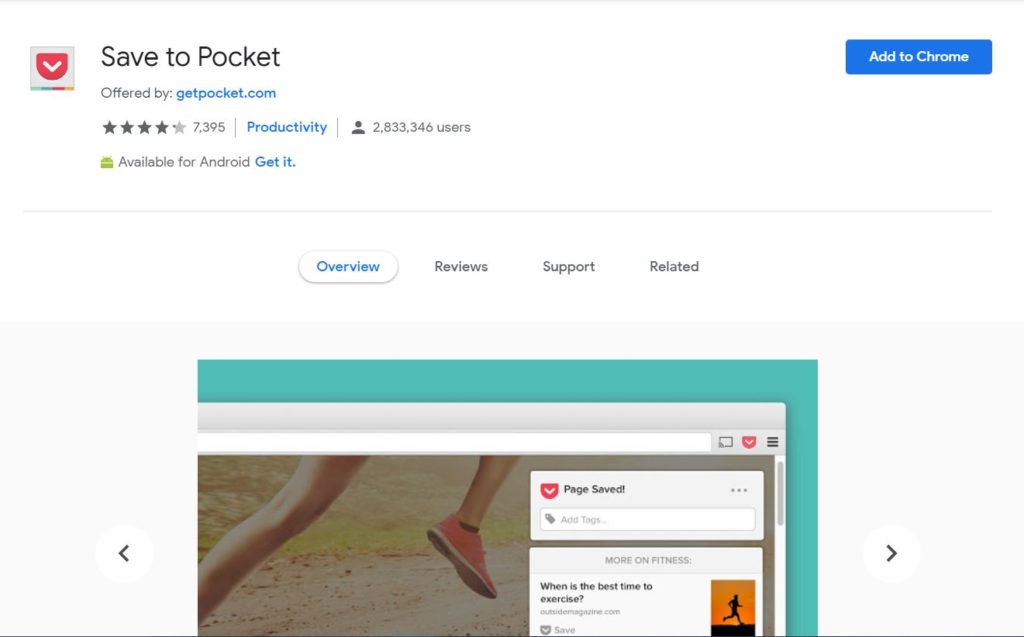 TinEye provides a closer eye to the image that you upload on this extension. It reverse-searches the image similarly to Google’s Search by Image. This extension then provides results including the first time the image was used, higher resolution of the image and how often is this image searched to name a few. TinEye can be a useful tool for finding more about the image and to also find better resolution images. 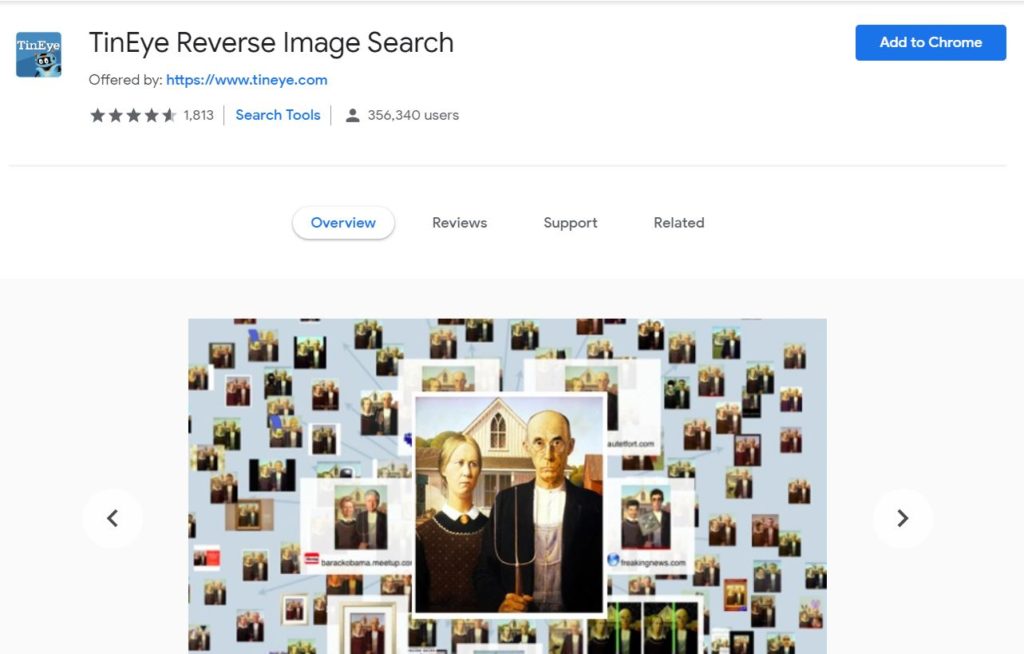 So, this was our list of More Google Chrome extensions that you might find useful. These extensions are aimed for different types of users so I hope you’ll be able to find something that would cater to your specific needs. If you have any suggestions or comments for us, drop them in the comments down below