Tablet Computers or ‘Tabs’ were envisioned to be powerful computing devices that could do a majority of tasks and have a smaller footprint than a laptop or a computer. Microsoft was able to develop a tablet way before the competition but was incapable of making it consumer-friendly. Apple with its iPad was able to achieve what Bill Gates’ originally envisioned for his Windows XP running tablet. Apple iPad became synonymous with tablets and if we look currently at the market one can easily see why that happened. This generation of iPads with A12x bionic chipset offers a ton of capabilities which the competition can’t catch up to. The processing power of new iPads is phenomenal to an extent that iOS somewhat becomes ‘too smooth’ for the beefy A12x bionic. So, if you own an iPad and want to get the most out of it, here are 10 applications that you should use on your iPad to get the most out of your tablet computer and to also be more productive.

Adobe Lightroom is photographers’ favorite software when they are supposed to edit a whole bunch of photos all at once. iOS version of Lightroom is similar to that of the desktop level. Adobe Lightroom app for iOS and Android is no slouch and provides users with almost all if not all the features that its’s full desktop version provides. Using AdobLightroomom on iPad is a breeze if a user uses an external stylus like Apple’s native Apple pencil or even a third party stylus. Adobe Lightroom is a powerful photo editing tool that’ll help users step up their social media game.

Shortcuts is my favorite tool for automation on iOS. It has simplified my life because a lot of the tasks that took some extra time from my schedule is now easily done and managed by shortcuts. It is both a lifesaver and a time saver and I highly recommended if you have an iPad. 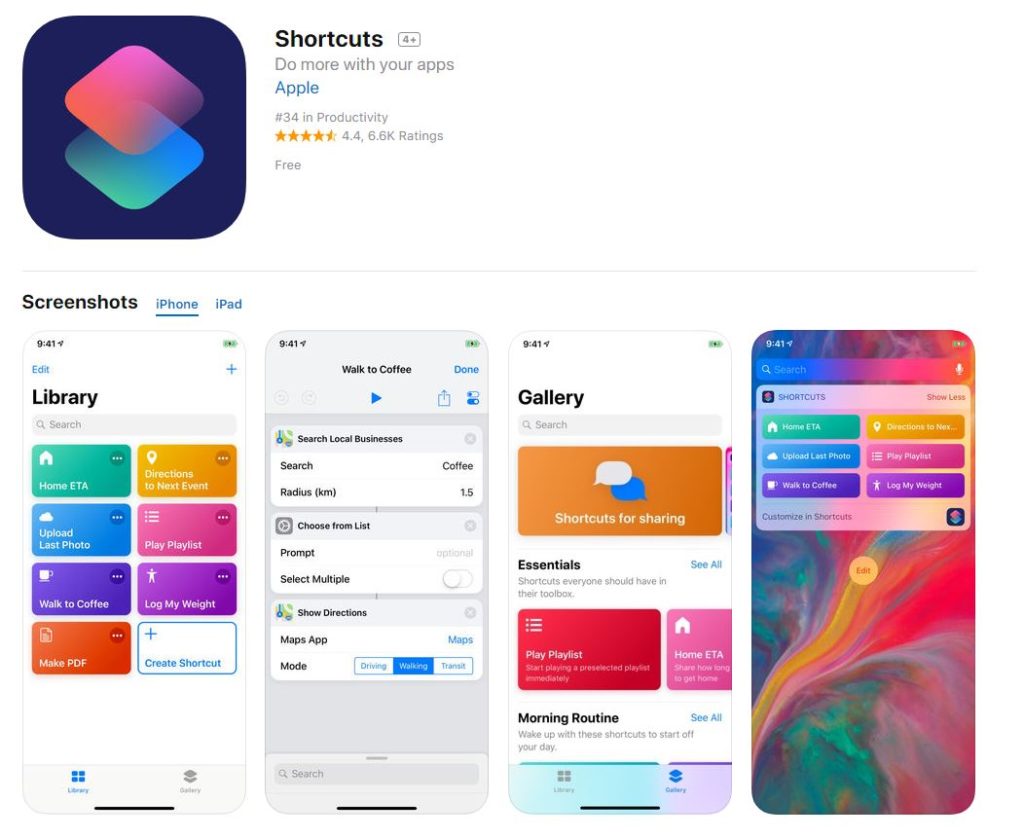 Yoink is a shelf app that creates a shelf for users to utilize across their iOS devices. It works seamlessly with Mac OS and iOS. It is a great way to share files, photos, documents, and so on. Overall it is a wonderful app that makes day-to-day usage of the iPad a lot more fun. 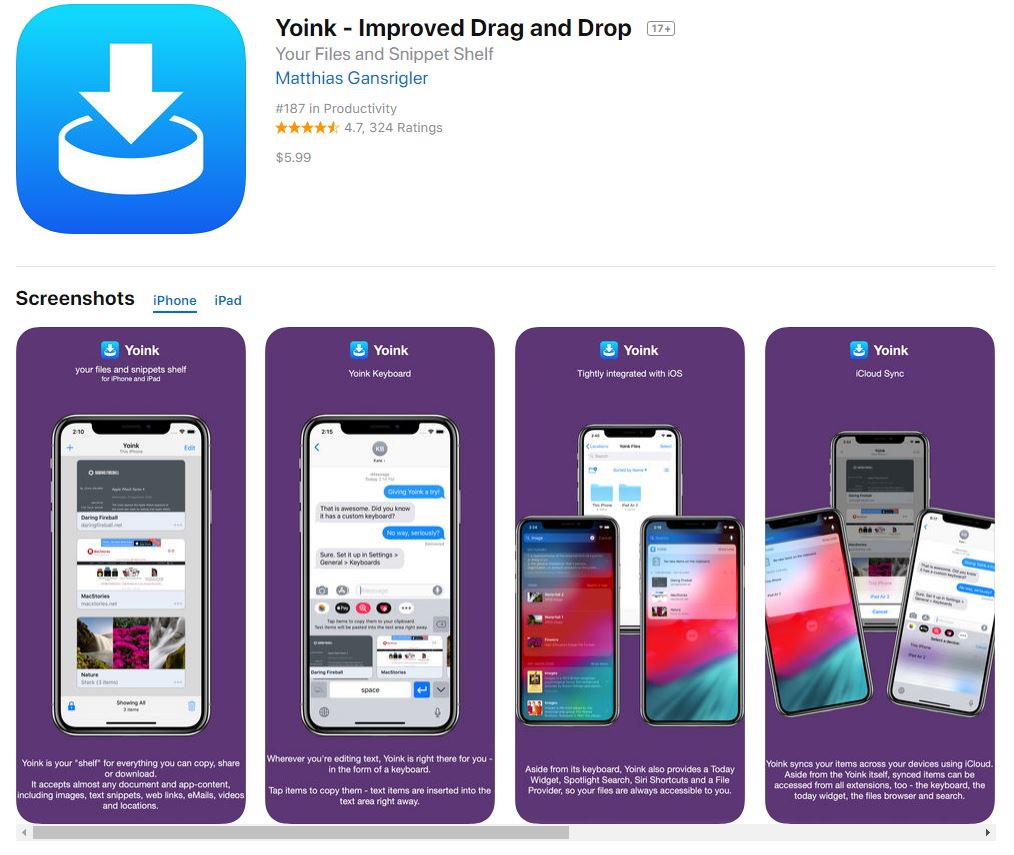 Ferrite is an award-winning voice editing app that allows users to record and edit podcasts, voice memos, radio shows, and much more with the use of their iPad. It is a simple and straightforward app that allows users full control over the audio file. It has a variety of useful features which users can utilize for best results. In my opinion, this app is meant for podcast editing as out of the box, a lot of the features that this app provides work really well when users are editing long format audio files. Overall, it is a great app for all things related to audio editing. 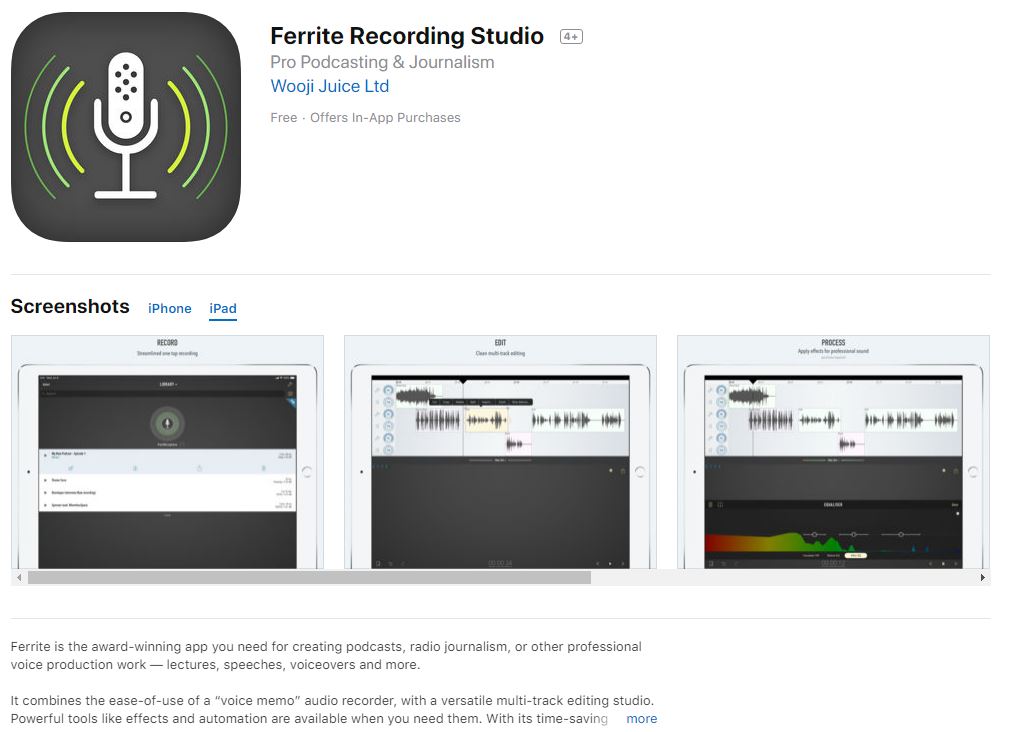 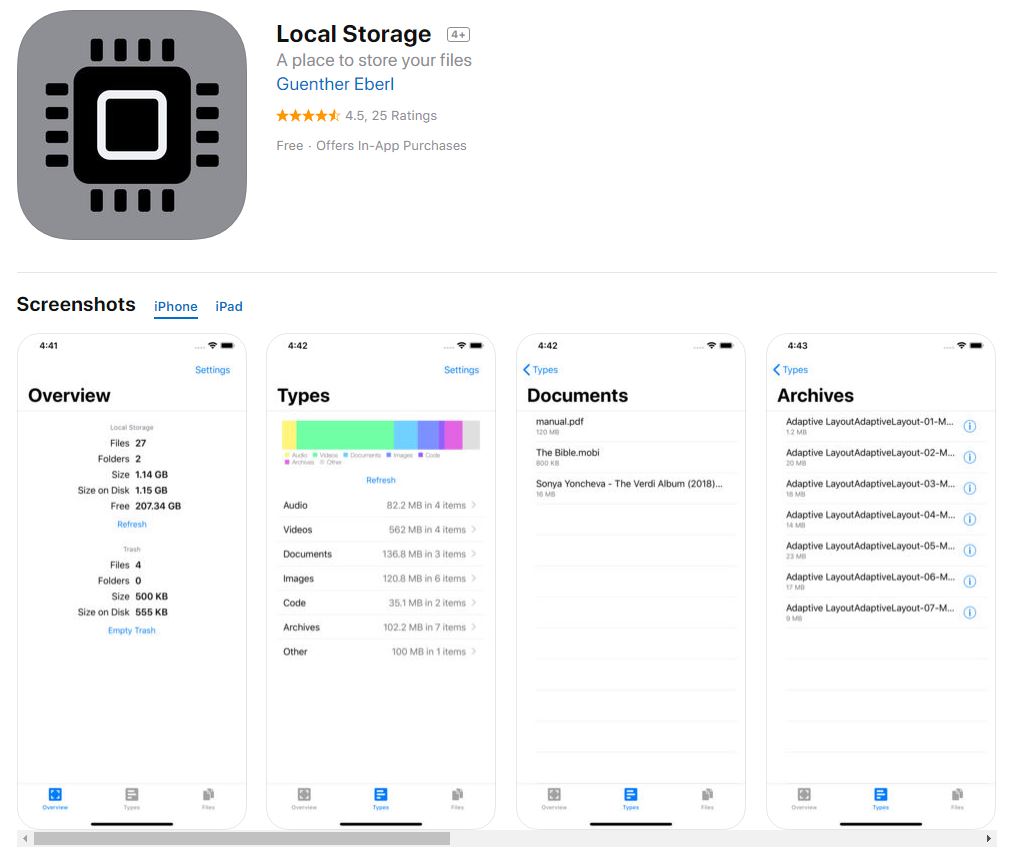 In our fast-paced lives, we often forget about our daily tasks and chores. To solve that problem I’ve often recommended Any.do which is available on both Android and iOS. The app is aimed to keep your schedule on track with to-do list, reminders, notes and to share it with family members or colleagues. Any.do lets users sync between phone, desktop, web, and tablet to keep users updated on their tasks for the day. In addition to traditional to-do lists and tasks management, users can also add a voice entry for their task that they wish to do during the day. The app also seamlessly integrates with the calendar app to provide a better overall experience..Overall, this app is useful to turn yourself into a workhorse in order to achieve your goals quickly and efficiently. Otter Voice Notes is no ordinary voice recording app. The app not only supports long voice notes but in addition to that, it can automatically transcribe the voice notes into articles with detailed paragraphs. The best way to use this app is by recording inputs during a meeting or a lecture and the transcribed paragraphs can later be used to take a closer look at what happened and to take notes from the incident. The app is a great tool for students and corporate hamsters alike. I personally used it during my college years and the app never wronged me and served me well. 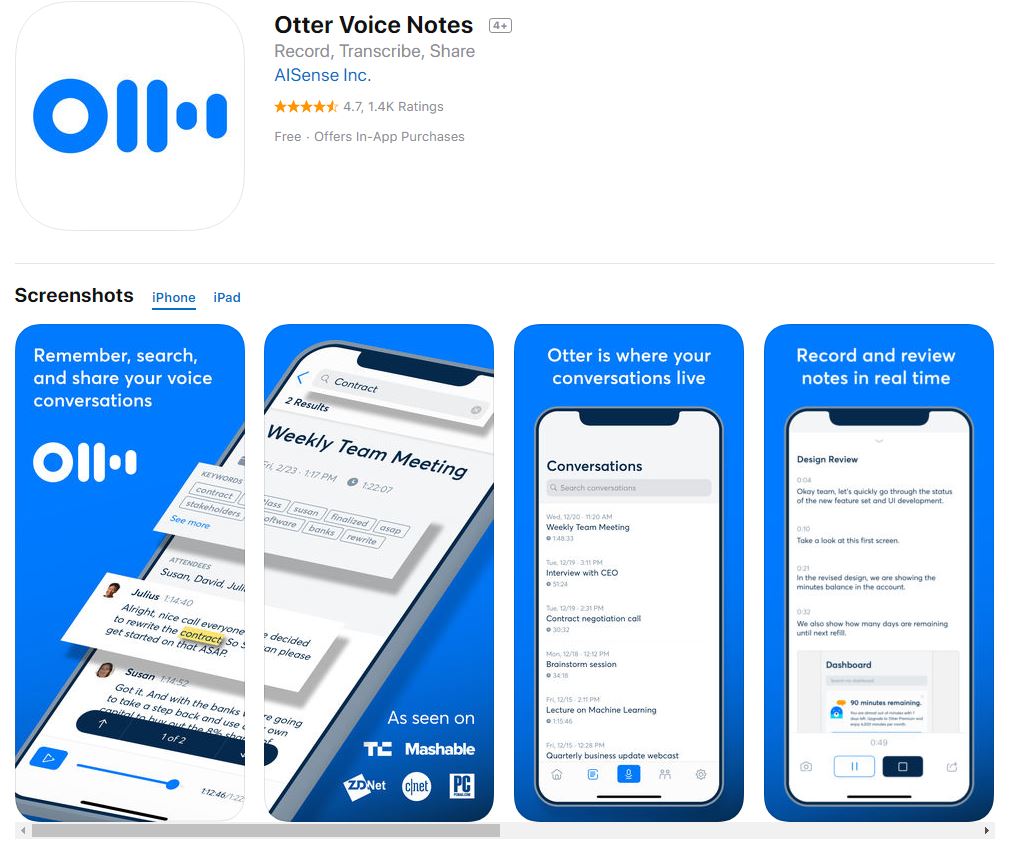 Hours, a handy iOS time-tracking app helps users in keeping track of and logging their working hours, shifts, and schedules and avoid any form of hassle. The app allows users to set notifications; easily alter timers; set ground rules for time logging; view a detailed report of tracked hours on a calendar, and track time easily. Users can also add notes to their time log, in order to get a detailed in-app report. It is a free-premium which means that all the basic features of the app are free but with a paid subscription ($7.99 per month) the app adds additional reporting features, multi-device sync, and team creation and management features to an already feature-packed app. 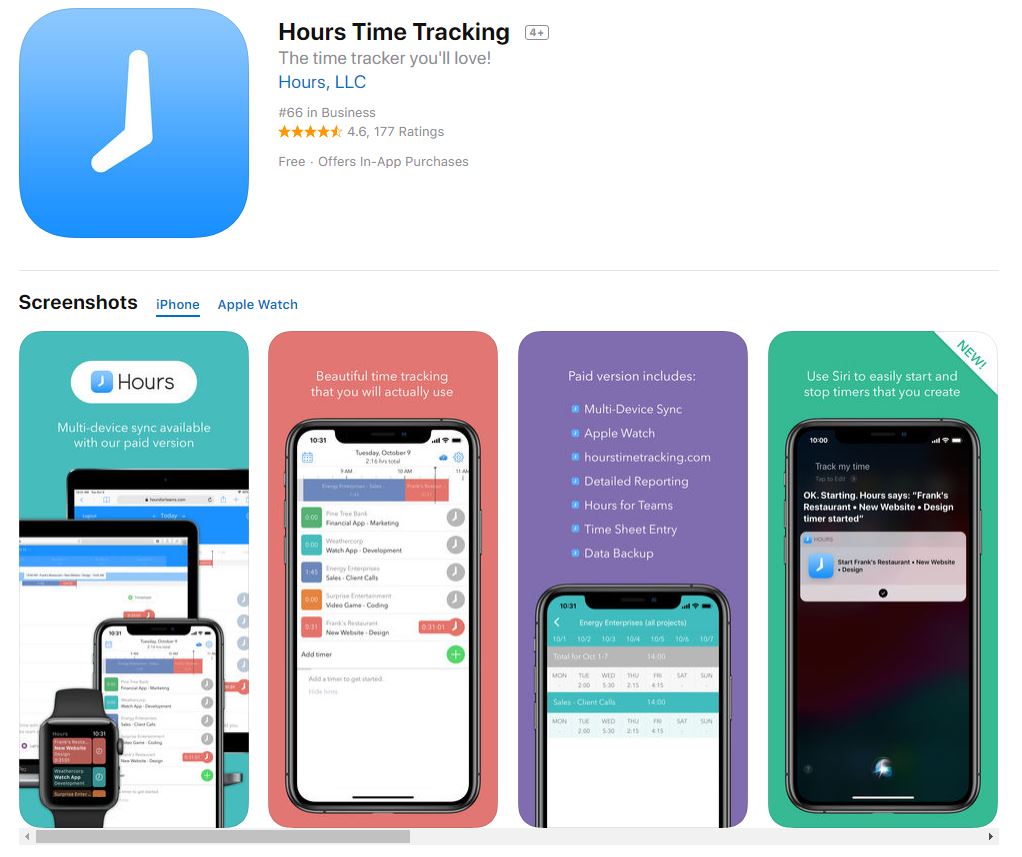 Trello which is available on both Android and iOS. is a highly customizable digital bulletin board that users can use to set up a variety of things like to do lists, tasks, notes and many more such things. The application manages everything in the form of “lists” and “cards”. These lists and cards can include anything from tasks, notes, ideas, pictures and more, which users can then drag and drop and customize for their own liking. A user can easily share his/her lists and cards with other Trello users and the app support on multiple devices ensures seamless and efficient workflow.

The popular “Pomodoro Technique” of 25 minutes of intense, focused work followed by a short 5-minute break is quite popular in corporate offices and workplaces. I personally use this technique with a time split of 23-7 which translates to work time of 23 minutes and break time of 7 minutes. Tide follows the very same technique but makes the experience enriching by combining Pomodoro-style timers with ambient noise generators which are intended to help users to relax their mind and to increase their focus. The app supports the classic 25-5 Pomodoro time split, with an option to customize both work time and break time for four cycles. Users can also choose from five different soundscapes that they can turn on or off while using the app. 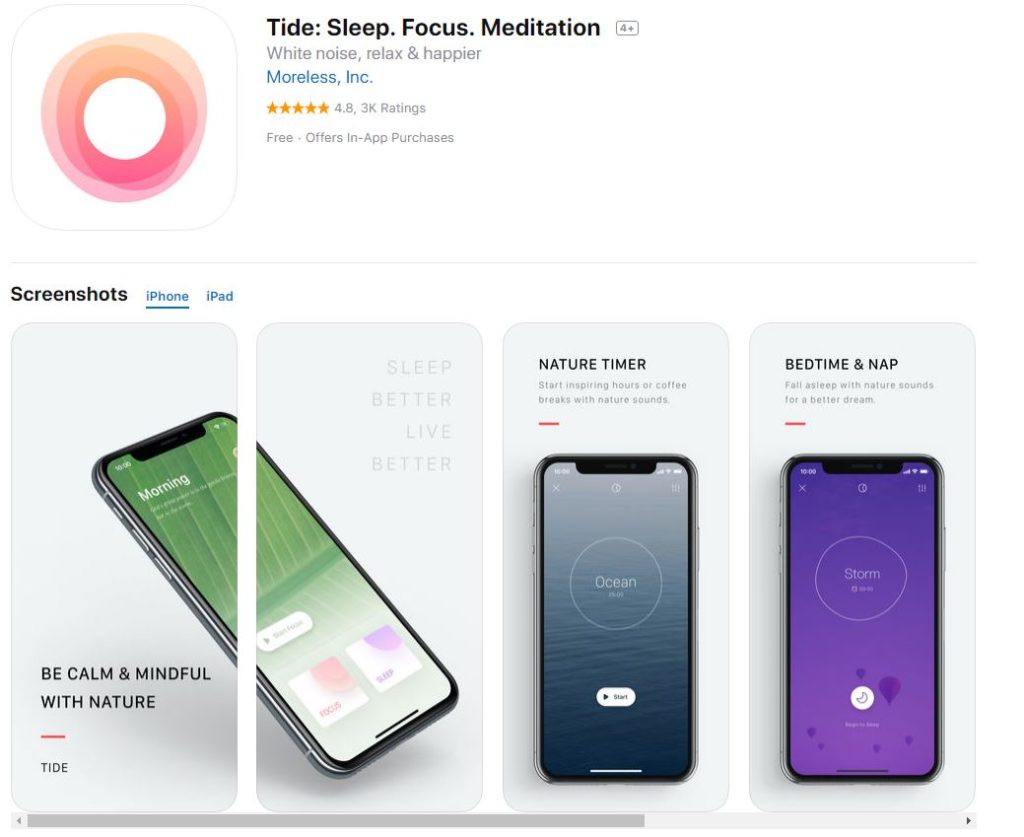 So this was a list of useful apps for iPad. If you have any suggestions recommendations for what we should cover next, drop us a comment down below.